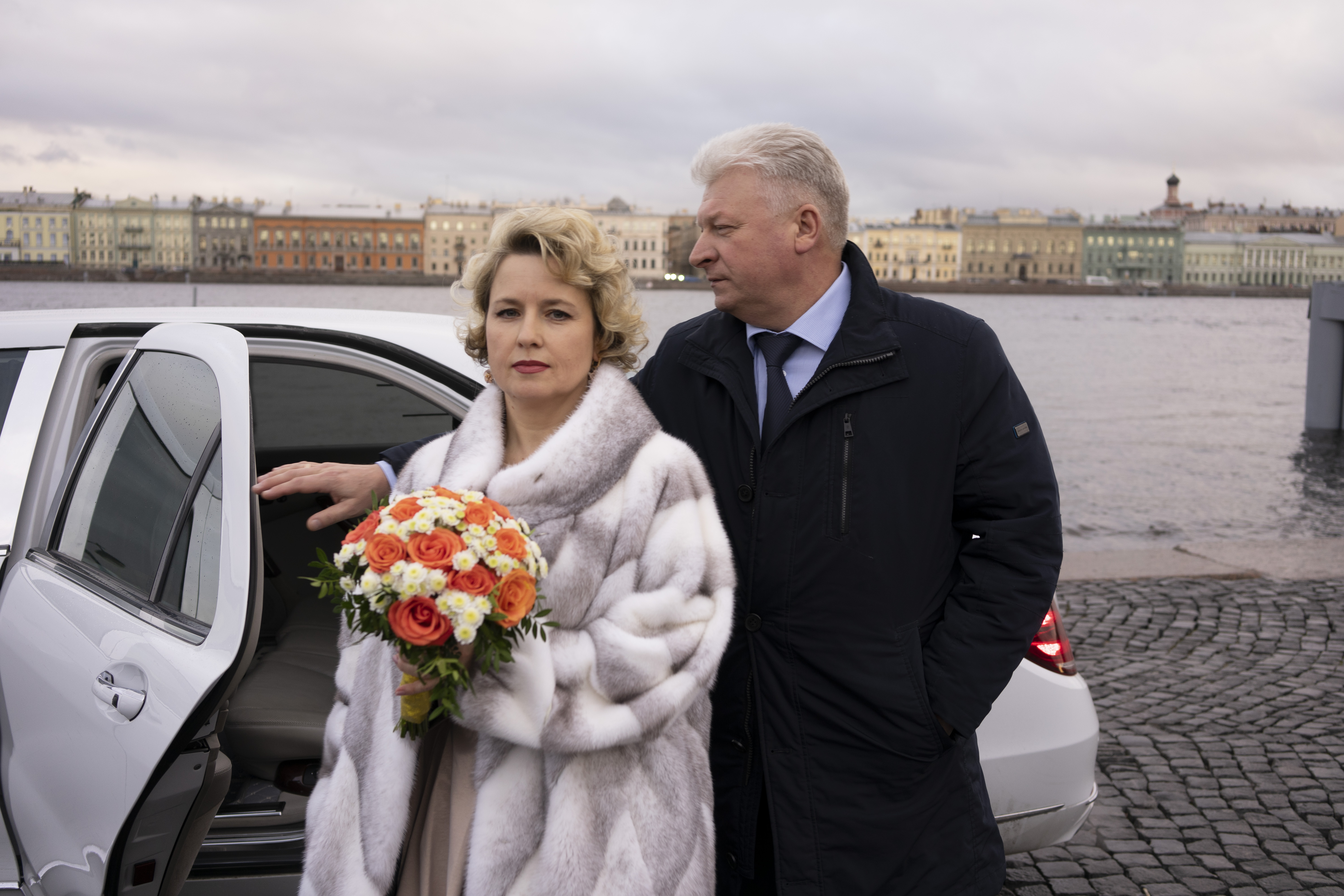 Swapping a V8 for a Toyota MR2: Build Your Own Supercar

Please note: This is the first in a series of articles on this topic.

For many years, I have dreamed of owning an exotic mid-engine supercar. Unfortunately, they remained out of my reach financially. I decided the only way to get one was to build it myself. I’ve always been fascinated by mid-engined sports cars because of their superior handling, braking and traction compared to a front-engined sports car, even those front-engined cars with a rear transaxle, which supposedly have an optimal weight distribution of 50 / fifty. I like to call them “dumbbell cars” because their weight distribution is like a dumbbell: heavy at the ends and light in the middle. This is decidedly suboptimal for acceleration, handling, and braking.

Compare this to a mid-engine car, where if you were to make a dumbbell look like a mid-engine car, the weights would slide toward the center. Now if you want to make the dumbbell, or mid-engined car, turn on its vertical axis (called “yaw” in aeronautical terminology), it will do so much easier and faster. This is because tire traction does not have to overcome the inertia that a front engine / rear transaxle car would have on each end of the car. The result is that the car will be able to change direction faster and with less tire wear. Peak G-forces will also be much higher on a mid-engined car, which means it’s quicker around corners. The traction of the rear wheels during acceleration is higher, since the rear wheels weigh more. Interestingly, there are many “side effect” advantages in mid-engined cars that the automotive press doesn’t mention.

1) The exhaust pipe is usually very short in a mid-engined car (compared to a front-engined car), so the engine has to overcome less “pumping losses” or the resistance to the exhaust coming out of the exhaust pipe. This means more power. The exhaust system will also be lighter as there is less. Dumbell cars have no advantage here.

3) the mid-engined car has no driveshaft (unless it’s an AWD car, like the R8 or Veyron) so there is a weight saving here.

Unfortunately, most mid-engine cars are very expensive. Ferrari, Lamborghini, McLaren, Zonda, Koenigsegg, Bugatti, etc. Some of these cars are over a million dollars! Mid-engined cars also tend to be more difficult to work with. Changing the spark plugs of exotic species is an important operation. The McLaren F1 requires removal of the engine to change the spark plugs!

In the realm of affordable mid-engined sports cars, there are the Pontiac Fieros and Toyota MR2s. In each case, the cars came with 4-cylinder engines. The Fieros had V6s too, but those V6s were underpowered, at a whopping 140PS. In 1990, Toyota redesigned the MR2 and also improved the horsepower. Base models had 130 hp and the top-end Turbo was 200 hp, which at the time was quite a lot for a car weighing 2,700 pounds.

The new body was very attractive, much like the Ferrari 348 of the time. The build quality was also superior as it was a Toyota after all. I decided to buy a 1993 Toyota MR2 turbo in 2005 with the intention of making a change from Toyota V6, which up to that point, had been done by many people. Around the same time, I found out that there were a few attempts to install a V8 engine in the older MR2 (Gen 1, 1984-1989 body style, or make 1). There were also attempts to install a Toyota / Lexus V8 engine in an MR2 mark 2. Attempts to convert the V8 into the MR2 mark 2 were not completed and the project owners gave up. The reasons were unclear, but it seemed to stem from the fact that the Toyota V8 was simply too long to fit the car crosswise, even after severely cutting the car in an attempt to make it fit.

As a mechanical engineer who happens to be a mid-engined sports car freak, I was intrigued by the prospect of putting a V8 in my MR2 Mark 2. With a powerful V8 engine, the MR2 would be transformed into a supercar, with supercar performance. . The guys at Fiero have enjoyed swapping V8s in their cars for many years. The Fieros have an advantage over the MR2s in that the engine compartment is wider, allowing for a larger and longer engine, like a V8. All Fieros and MR2s have cross-mounted engines. Another advantage the guys at Fiero have had is that Getrag’s stock transaxle bolts to a late ’80s / early’ 90s Cadillac 4.9L OHV V8. The rear Cadillac Northstar also bolts without an expensive adapter plate machined to measure.

At the end of 2007, a guy in Europe completed another V8 in an MR2 mark 1 (1st generation). The car was insanely fast and would make cookies in no time. What fun! So, I took another look at previous attempts to install a V8 on the MR2 Mark 2. What I realized was that they were trying to “keep it in the family” and use a Toyota or Lexus V8. There really was no valid engineering reason to use this power plant. It did not bolt to any of the MR2 transaxles and it was too long. The used Toyota V8 (engine code 1UZ-FE) is approximately 26 inches long from the crankshaft pulley to the rear face of the engine or the interface of the bell housing. This is the critical dimension. Compare this to stock MR2 engines like the 2.0L 3S-GTE turbo engine which has a critical dimension of 20 inches. This dimension is critical because it fits between the unibody pseudo-frame rails of the MR2 chassis.

I decided to take a different approach. I started searching the internet for a V8 engine that would fit the MR2 chassis, preferably uncut, or possibly with just a small amount of cutting from the MR2 monoblock. My requirements were that it be a V8 with at least 300 horsepower, that it be available, that it cost less than $ 5,000, and that it be short and narrow enough to fit the MR2. I managed to find one. Audi has an interesting habit of making very short V8 engines. They do this because they want to use their Quattro drivetrain, but at the same time, they don’t compromise handling too much. Audi seems to prefer longitudinal engine and transmission arrangements to transverse ones. The Quattro drivetrain involves a driven front axle, which they had to locate behind the engine. If the motor is too long, it puts too much weight in front of that axle, so they make up for it by making a shorter motor. This has the added benefit of allowing Audi to install this engine in smaller cars that were originally intended to have a 4-cylinder power plant. For my purposes, I found the 1991 to early 2000 Audi V8 engines to be about 20.6 inches long in the critical dimension and about 29 inches wide, not including headers or other easily removable items.

I bought a 1997 Audi 4.2L V8 (engine code ABZ) and a transaxle, and started working on my project. Unfortunately, after much trial and error, I finally decided that the Audi V8 was not suitable for this engine change. The problem lay in the fact that the engine was always designed to be longitudinal. In my case, with a transverse layout, the correct size axle had to run along the side of the engine, and Audi didn’t design the engine with that in mind, so there are large portions of the block in the way of that axle. . The starter, oil filter / cooler, and engine mount are in the way on that side as well, however I solved those issues. The nail in the Audi coffin was the adapter plate. I determined that the adapter plate required some of the mounting bolts to be located inside the hood housing of the 6-speed transaxle I was using, making them impossible to tighten. At that point, I decided to change my approach and use a different engine.

Stay tuned for the next article in this series.